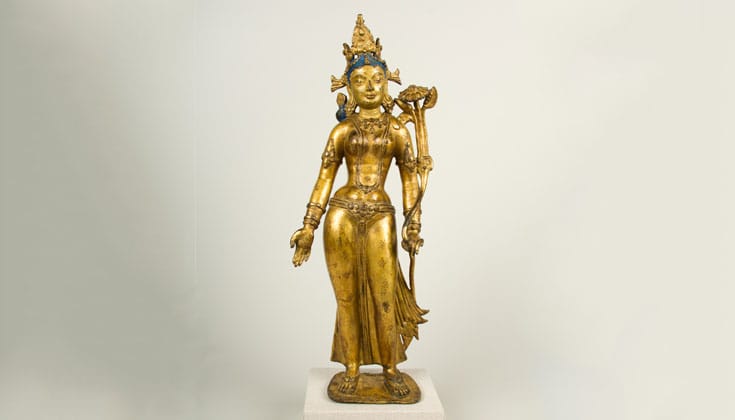 Though women have always played an important role in the dharma, they haven’t always been given the recognition or rights they deserve. Today, we have many examples of women — historical and contemporary — who’ve paved their own way on the Buddhist path, achieved titles and honors previously reserved for men, and dedicated their lives to spreading the dharma. We hope you’ll find real inspiration, as we have, in the teachings and examples set by the influential Buddhist women featured here.

Since becoming ordained four decades ago, Lama Tsultrim Allione has faced her share of challenges and sexism. Throughout it all, Tara’s vow to work for the benefit of all beings in a woman’s body has been a source of guidance and inspiration.

More than two-and-a-half millennia ago, Mahapajapati Gotami, the Buddha’s aunt, set a precedent for women’s rights.

Making Our Way: On Women & Buddhism

Our Path Is Limitless and Vast

While women may feel constrained by Buddhist institutions, the dharma itself poses no such limitations, says Joan Sutherland. By connecting with the vast view of no-self, women can discover their own meaningful expressions of the dharma.

A Woman of Zen

Melissa Myozen Blacker recounts how she, as a practitioner and a teacher, has navigated a male-dominated tradition.

Get even more Buddhist wisdom delivered straight to your inbox! Sign up for Lion’s Roar free email newsletters.

In Vajrayana Buddhism, dakinis are seen as unbridled and enlightened feminine energy. Lama Tsultrim Allione on how she discovered her own dakini power.

The Dance of Gender: A Woman’s Guide to American Buddhism

Enlightenment Is A Male Fantasy

Gesshin Greenwood offers an alternative to the “male fantasy” of striving for enlightenment.

Sharon Salzberg, Barbara Rhodes, Judith Simmer-Brown & Pat O’Hara on what it means to be a woman dharma teacher and how they’d like to see Buddhism in America evolve. Discussion led by Melvin McLeod.

A quiet movement to reshape our understanding of Zen lineage and history is bringing attention to the forgotten names and voices of women in the tradition. Grace Schireson explains how the Women Ancestors Document came into being and what it means for us.

Starting a Dialogue Among Buddhist Women

She Who Hears the Cries of the World

In Buddhist iconography, compassion is embodied in the bodhisattva Kuan Yin, who is said to manifest wherever beings need help. Engendering such compassion is not only good for others, says Christina Feldman, it is also good for us. By putting others first, we loosen the bonds of our self-fixation, and in doing so, inch closer to our own liberation.

The Wise Woman Who Talked Back to God

The Ancient Buddhist tale of the Seven Wise Sisters has Zen Teacher Bonnie Myotai Treace thinking about the koan of gender. 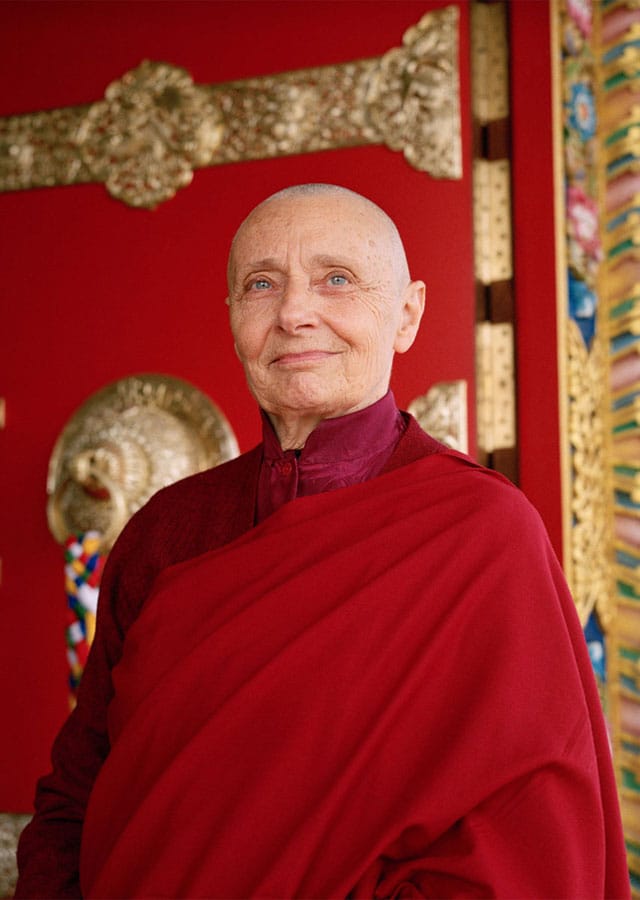 Tenzin Palmo: “There is nothing” a woman can’t accomplish

The Life and Teachings of Sister Chan Khong

Andrea Miller on the life and spiritual journey of one Deirdre Blomfield-Brown.

The principal figure in Buddhism is the teacher, a role traditionally dominated by men. Andrea Miller profiles three women teachers — Trudy Goodman, Roshi Pat Enkyo O’Hara, and Lama Palden Drolma — who are changing the face of Buddhism and making the teachings whole.

Facing her suffering head-on has made Sharon Salzberg one of today’s most relatable Buddhist teachers. Lindsay Kyte talks to Salzberg about her difficult life’s journey, establishing loving-kindness as a key practice in American Buddhism, and how we can all find real happiness.

The Only Choice is Kindness

“Life is so difficult, how can we be anything but kind”—it was these words that inspired Sylvia Boorstein to follow the Buddhist path. Steve Silberman talks with her about the challenges of life, from a rough childhood to a post-partum depression, that helped her become such a beloved teacher—and example—of Buddhist virtues.

“I just want people to be liberated.” John DeMont on the radical Buddhism of Rev. angel Kyodo williams.

Ruth Denison, pioneer Buddhist teacher, died in February 2015 after forty years of inspired, innovative teaching. Sandy Boucher, her student and biographer, gives a candid account of the tangles and revelations in chronicling the life of her gifted mentor. 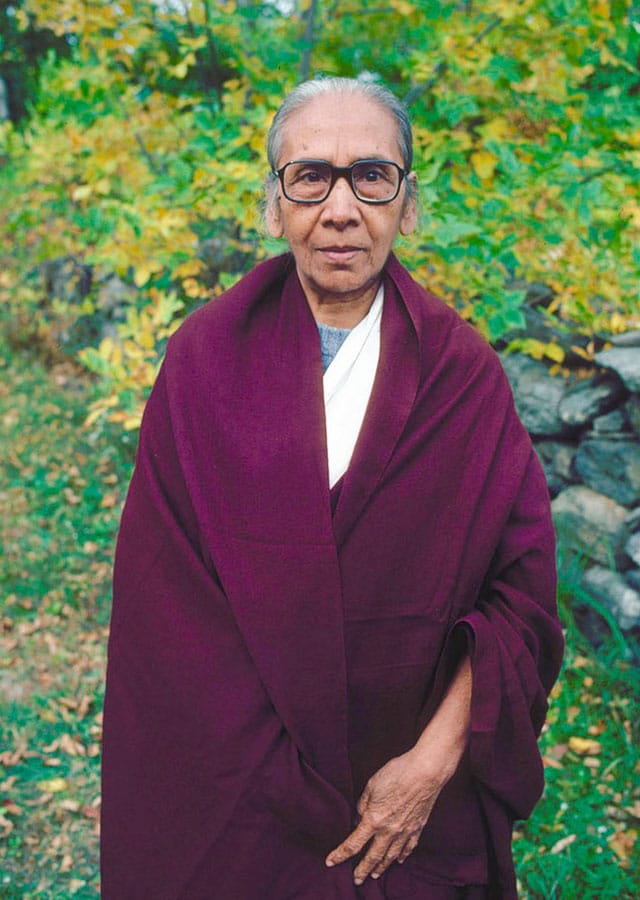 The Inspiring Story of Dipa Ma, “Mother of Light”

Amy Schmidt and Sara Jenkins tell the inspiring story of Dipa Ma, known as “the patron saint of householders.”

She is demanding of her students and uncompromising about the dharma, and she is a rarity—a prominent Tibetan teacher who is a woman. Trish Deitch Rohrer experiences the provocative and challenging Khandro Rinpoche.

The Many Lives of Yeshe Tsogyal

Holly Gayley discusses the power of Padmasambhava’s foremost disciple and consort, Yeshe Tsogyal, and the life of one of her modern emanations.

Who Was Freda Bedi?

Freda Bedi, Vicki Mackenzie tells us, was an early champion of women’s rights, a Gandhian revolutionary, and a major force in bringing Tibetan Buddhism to the West.

Myokei Caine-Barrett, Narayan Helen Liebenson, Rebecca Li, and Myoan Grace Schireson share their experiences and insights into being a female teacher and leader in today’s world. Introduced and moderated by Pema Khandro Rinpoche.

Waking Up to Patriarchy

One helped transform American society, the other is helping to transform the lives of Buddhist nuns. In an event at the Rubin Museum of Art, feminist trailblazers Gloria Steinem and Jetsunma Tenzin Palmo talk candidly about the personal challenges they’ve faced, the progress they’ve seen, and why there’s still more to be done.

Andrea Miller talks with Judy Lief about gender inequality in the Buddhist community, and the importance of female dharma teachers.

Andrea Miller and Karen Maezen Miller discuss the role of women in the contemporary Zen world.

Buddhist Nuns in the News 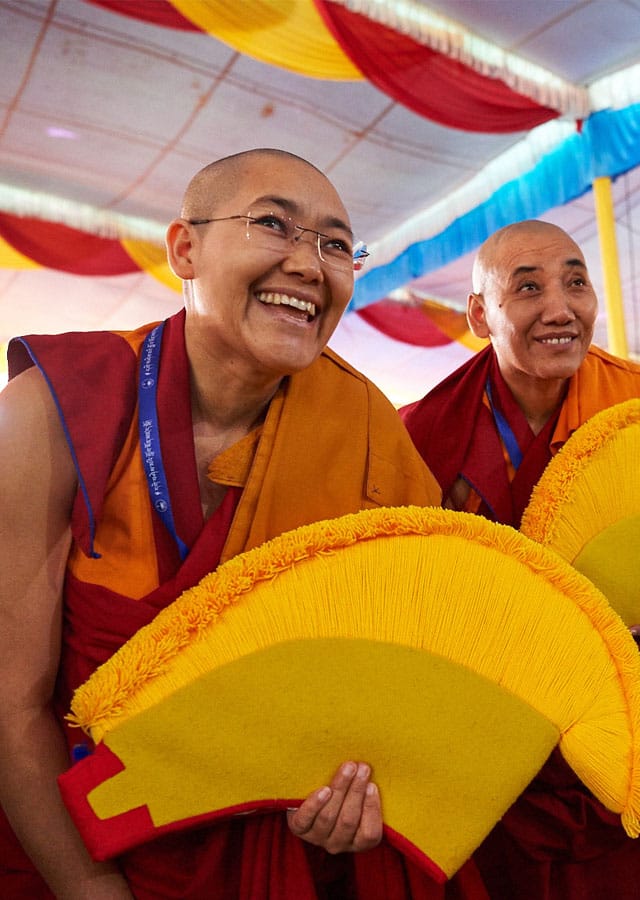 A handful of the twenty nuns smile while waiting to be awarded their geshema degrees. Photo by Olivier Adam.

The geshema degree, equivalent to a doctorate, represents the highest level of training in the Gelugpa school of Tibetan Buddhism. It was previously only awarded to men. Photos by Olivier Adam; story by Dominique Butet.

From 2003, the story of the first Thai woman to receive full ordination as a Theravadin nun.

Theravada bhikkhunis in Indonesia “bounce back” after 1000 years

A historic moment in Indonesia.

On His Holiness’s announcement that “[he] would take concrete steps towards restoring nuns’ vows in the Tibetan Buddhist tradition.”

Thank you for reading Lion’s Roar. Now can we ask for your help?

Lion’s Roar is a nonprofit. Our mission is to share the wisdom of the Buddha’s teachings—to inspire, comfort, support, and enlighten readers around the world. Our aspiration is to keep LionsRoar.com available to everyone, providing a supportive, inspiring Buddhist community that anyone can access, from curious beginners to committed meditators. Do you share our aspiration? We can’t do this without your help.

Lion’s Roar reaches more readers like you than ever before. Unfortunately, advertising and other revenues are falling for print and online media. We know we have something deeply precious to share with the world, and we want to continue this important work. Can you help support our efforts now?

Lion’s Roar is independent, unbiased, not-for-profit, and supported by readers like you. Please donate today and help the lion’s roar echo for readers around the world.

Sidebar
Start typing to see products you are looking for.